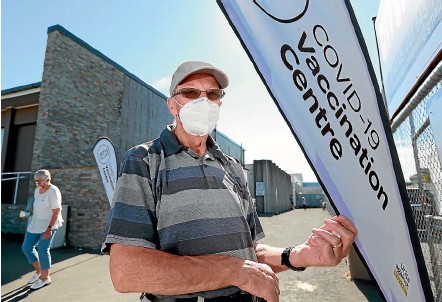 Covid-19 vaccines for under 12-year-olds were expected to arrive in Marlborough this week, ahead of a ‘‘soft’’ roll-out for tamariki. Meanwhile, about 2500 booster vaccines are currently being administered every week in the region, Marlborough Primary Health chief executive Beth Tester stated. She said they were in the process of getting some of the region’s vaccinators accredited to administer the vaccine to children. ‘‘Not all have that accreditation as yet,’’ she said. More than half a million vaccines for children arrived in the country over the weekend, the Ministry of Health said on Sunday. The vaccine is to be administered to children aged 5 to 11 from January 17. Pfizer’s paediatric version of the jab was approved in December following a process by the country’s medicine regulator, Medsafe. The paediatric version was about a third the size of the adult dose. Tester said the roll-out for children would be ‘‘soft’’, and there were no set targets they needed to reach in the amount of children jabbed. About half a million children aged 5 to 11 were expected to receive the vaccine before the 2022 school year begins. Tester said boosters were being administered through the Henry St vaccination centre, and in pharmacies. On a good day, 400 to 500 people were being jabbed at Henry St. ‘‘We had the large weekend last weekend, at the Clubs of Marlborough convention centre. We had around 500 one day and 200 the next, and we’re doing that again next weekend.’’ Tester said they would like to get more Ma¯ori and Pasifika coming forward for their booster shots, as they were currently tracking behind other ethnicities. ‘‘A lot of them went through the [Marlborough] Youth Centre, as well as the marae for their vaccines,’’ she said. ‘‘Te Piki Oranga are starting a clinic every Thursday at Waikawa Marae for boosters; that will help also. We’re working together.’’ She said there had been some people swabbed for Covid-19 over the holiday period, but all results had been negative. Some had visited locations of interest and were travelling around the country. A few people were still coming in to get their first jab. At the Henry St vaccination centre on Tuesday, a steady stream of people were coming and going. One of them, was Brian Mitchell, 75, who walked in to get his booster shot. He said it was important to him ‘‘mainly’’ because of the threat of the Omicron variant. ‘‘The first two [shots] were excellent, there were no problems,’’ he said. The Omicron variant has seen staggering surges in cases in places such as the United Kingdom, the United States, France and Australia. Experts and politicians believe it is only a matter of time before there are multiple cases of the variant in New Zealand. Andrew Fogg, who had his booster, said it was about ‘‘protection’’ and to fight off the possibility of catching the virus. He said he had a sister who worked in healthcare in Auckland. ‘‘She says you wouldn’t want to see people who have the virus,’’ he said. ‘‘I think you’re better to be protected. I had a cousin [overseas] who died two years ago when it first came out. She wasn’t protected. ‘‘Other people in the UK, I know have had it twice.’’