Peter Buck, who has died aged 90, was a nuclear physicist who parlayed a US$1000 loan to a family friend into a billion-dollar fortune as a co-founder of the Subway sandwich chain. Buck, who designed nuclear reactors, was at a barbecue in 1965 when 17-year-old Fred Deluca asked for advice on how to pay for his college education at the University of Bridgeport in Connecticut. ‘‘I thought, ‘He’s doing well. I’m going to ask him if he has any good ideas for college,’ kind of really hoping he’s going to reach in his pocket and pull out a big stack of $100 bills and just give them to me,’’ Deluca told CNBC years later. Instead, Buck, who was 34 at the time, suggested that Deluca open a sandwich shop like one he recalled from his youth in Maine. He and his family had often visited a shop called Amato’s, which served Italian-style subs. (The long cylindrical sandwiches had long been called subs because the shape of the bread resembled a submarine, though they are known variously in other parts of the United States as heroes, grinders, po’boys or hoagies.) He drove to Maine with Deluca to visit Amato’s, bought a sandwich and took it apart in the car. On the way back to Connecticut, they visited other sandwich shops, and Buck gave Deluca a $1000 loan. Within two weeks, Deluca had opened Pete’s Super Submarines in Bridgeport. Buck and Deluca became business partners and in 1966 formed Doctor’s Associates, which became the Subway holding company. (At the time, Deluca was planning to become a doctor.) In 1968, the shop’s name was changed to Pete’s Subway and, ultimately, just Subway. They began to launch franchise restaurants in 1974 and within a few years had hundreds of locations nationwide. ‘‘It’s just Fred and me,’’ Buck told the Wall Street Journal in 2014. ‘‘We didn’t make a profit for 15 years.’’ Deluca, who was the company’s chief executive, died in 2015. Today, Subway has about 20,000 restaurants in the United States and about 40,000 worldwide, including about 250 in New Zealand, making it the world’s largest restaurant chain, by total number. The company, still owned privately by Doctor’s Associates and based in Milford, Connecticut, ranks behind only Mcdonald’s and Starbucks in total revenue. Peter Buck was born in South Portland, Maine. His father, Ervin, was a farmer, and his mother, Lillian, was a homemaker. Peter and his brother, David, helped plant, cultivate and pick lettuce, squash, celery and other crops. Their mother later became a journalist and worked at the Portland Press Herald. Buck attended Bowdoin College in Brunswick, Maine, graduating in 1952. He later received masters and doctoral degrees in nuclear physics from Columbia University, New York City. He worked for General Electric in New York, before moving in 1964 to Danbury, Connecticut, where he worked for Nuclear Energy Services until the early 1980s, even while serving as chairman of Doctor’s Associates. His net worth has been estimated by Forbes magazine to be between US$1.6 billion and $2b. Reticent and thrifty, he gave few interviews, lived in the same house for many years and drove ageing cars, long after he became a billionaire. He said he ate at Subway at least five times a week, and that his favourite sandwich was tuna salad on Italian bread. His marriage to Haydee Pinero ended in divorce. Two of their three children, Kenneth and Cynthia, have died. Buck’s second wife, Carmen Lucia Passagem, died in 2003 after more than 20 years of marriage. Survivors include a son from his first marriage, a son from his second marriage, and five grandchildren. Buck and his second wife established a charitable foundation that has given tens of millions of dollars to a hospital and other institutions in Danbury. It also bought thousands of hectares of forest in Maine for preservation. In 2004, Buck gave a 23.1-carat ruby to the Smithsonian’s National Museum of Natural History in memory of his late wife. It is called the Carmen Lucia Ruby and is on display near the Hope Diamond. Buck, who was a member of the Smithsonian’s board of directors, also donated to the National Museum of American History a 1785 letter written by George Washington. ‘‘Just don’t say anything like, ‘And this is Dr Buck’s way of giving back’,’’ he told The Washington Post in 2009. ‘‘I never stole anything! So I’m not giving anything back.’’ – Washington Post 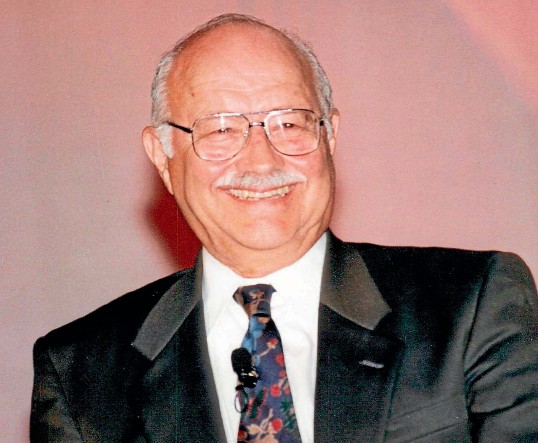