it’s pretty cool to say that I got to sort of be around him for a small part of his career,’’ Allen said. ‘‘Then in the UK it was just about trying to learn new things from Jos and Livvy. It was cool in India learning to play spin in spin conditions and to sort of learn how guys like Maxi go about it.’’ Allen was even gifted a couple of Kohli’s bats – something that caused a stir when he used one with the Indian star’s name on it in a photo shoot with the Phoenix. ‘‘That’s just the kind of guy he is,’’ Allen said. ‘‘He’s someone that always helps people and is always thinking of others, so yeah, it was pretty cool to get that from him.’’ The Phoenix made it to the final of the Hundred on the back of strong form from their Kiwi import, who missed the decider as he had to head to Bangladesh to continue his fledgling international career, which started against the same team at the end of the home summer. Allen made a golden duck on debut, but smashed 71 off 29 balls in a win at Eden Park to put an exclamation mark on his breakout summer. His time in Bangladesh didn’t start well, as he caught Covid-19 and missed the first two matches, but an innings of 41 off 24 helped the Black Caps end the tour with a consolation win in a 3-2 series defeat. In between, he missed out on a place in the squad for the T20 World Cup. He was only an outside chance to make it, but the fact that he didn’t grew all the more intriguing once coach Gary Stead and captain Kane Williamson decided to turn Daryl Mitchell into a power-hitting opener – a role the all-rounder had never played before, but one he starred in as they made the final and lost to Australia. 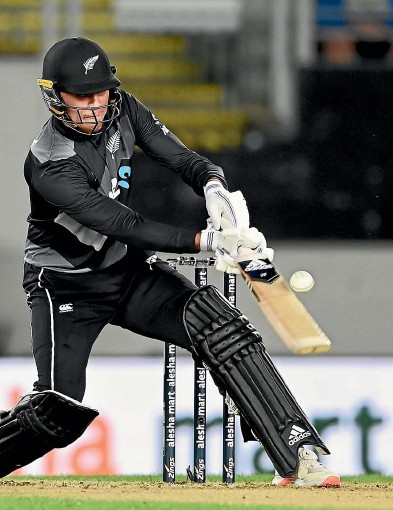