A full week’s worth of ‘Black’ days, and more

Happy Black Friday! May your credit be passable, your interest rates low, and your overdraft untouched. Just one tiny question: What the hell is Black Friday? Especially in New Zealand. In other countries, when people precede a day with ‘‘Black’’, they’re usually marking a tragedy, not a spending spree. Sure the price-slashing tradition originates in America, but this is not some economic Halloween. We do not observe, for instance, Thanksgiving, the United States holiday/ day of mourning that precedes their buying bonanza. A quick depressing jaunt through history highlights the ridiculousness of our country jumping on this obscure bandwagon. ‘‘Black Monday’’, in modern times, generally refers to the global stock market crash of 1987. Because of the date, that crash is known in this part of the world as ‘‘Black Tuesday’’, though in Aotearoa we already had that particular day reserved. Our ‘‘Black Tuesday’’ goes back to November 1912, when the Waihi miners’ strike erupted into violence, resulting in bloodshed, the death of unionist Fred Evans, and the forming – in a roundabout way – of the Labour Party. Our ‘‘Black Saturday’’ is only really marked in Samoa where, in 1929, New Zealand police opened fire on a peaceful protest, killing 11 Samoans and wounding 50. Some would say that makes it Samoa’s ‘‘Black Saturday’’, in the same way ‘‘Bloody Sunday’’ is an Irish day and not an English one. ‘‘Black Wednesday’’ in England refers to two events; the 1986 closing of the famous Swindon rail works (a running theme during the Thatcher years), and the 1992 removal of the pound sterling from the European exchange rate mechanism. The latter was an economic crisis so polarising that it led both to the ousting of John Major’s Conservative government five years later, and laid the foundations on which Brexiteers built their case for exiting the EU. The United States’ ‘‘Black Thursday’’ infamously kicked off the 1929 stock market crash that arguably launched them into the Great Depression, the largest financial crisis of the 20th century, while for Australians, ‘‘Black Thursday’’ refers to the deadly 1851 bushfire in Victoria that burned about 5 million hectares, an area larger than Canterbury. However, our trans-Tasman neighbours have such a tragic history with bushfires that there are also the 1955 ‘‘Black Sunday’’ fires in South Australia, the 1967 ‘‘Black Tuesday’’ fires in Tasmania, the ‘‘Black Christmas’’ bushfires of 2001, the 2020-21 bushfires that went for so long they refer to it as ‘‘Black Summer’’, the horrific ‘‘Black Saturday’’ of 2009, when 173 people died, and of course the ‘‘Black Friday’’ of 1939. There are those who see taking the name given to one of Australia’s largest and deadliest bushfires, and using it to advertise ‘‘red-hot specials’’, as somewhat disrespectful. What then is ‘‘Black Friday’’ all about over here in the land of the long white cloud? Is it a memorial? Is it a holiday? Are we meant to be drinking? Is there a church service involved? Some stores say the event lasts the whole weekend, while others go further and embrace it for the entire week. Putting aside that ‘‘Black Friday Week’’ is capitalism just browbeating the English language, all this advertising and hullabaloo are surely for something more than just discounted specials at selected outlets. Not that anyone is really complaining about cheaper purchases a month out from Christmas. Apart from the general stress of the virus, Covid Christmas brings the added tension of having to get presents in the post to relatives unable to attend. Christmas, of course, remains the king of discount seasons. Blessed are the shoppers for they shall stimulate the economy. To be fair, a shopping mall is just a megachurch with more tangible rewards for your money and a lot less guilt. A New Zealand yuletide celebration is already an exercise in pop culture v environment. Nothing says ‘‘colonised by the northern hemisphere’’ quite like Santa suits and jandals. But there seems a curiosity as to how Black Friday has suddenly become a part of the Kiwi calendar. Why are we doing this? The simple answer might be because we can. If that really is all there is to it, if this is just local retailers picking up on something that has worked overseas and running with the premise, then surely we could be more original. ‘‘Briscoes Day’’, where everything in the nation has at least 40 per cent off, is probably too on the nose. ‘‘Pō hutukawa Weekend’’, though, would come with easily recognisable symbols, and ties in with the change of seasons. Anyone upset with the Mā ori name would look ridiculous wishing to go back to ‘‘the good old days of Black Friday’’. Just don’t call it ‘‘P Weekend’’ . . . 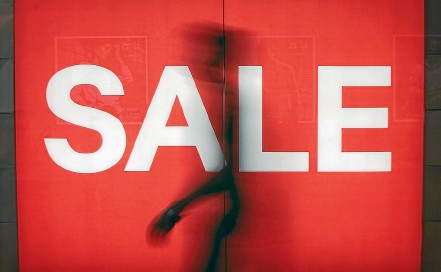