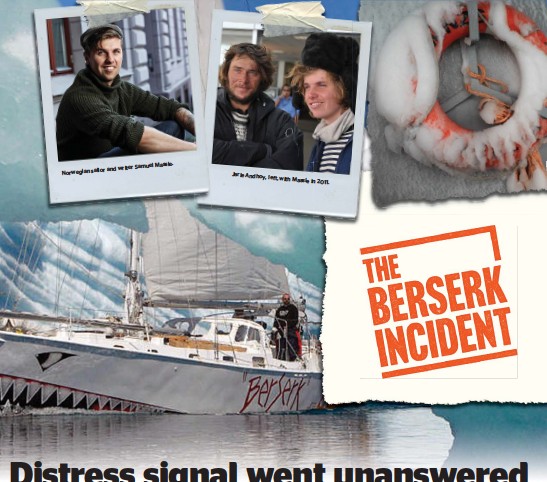 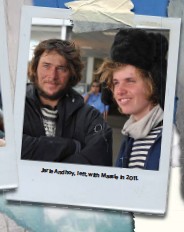 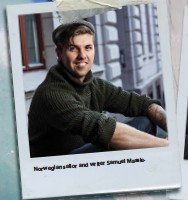 The distress signal of a sinking yacht off the coast of Antarctica went unanswered for 72 minutes after New Zealand rescue staff confused it with another vessel. The Berserk – a 14-metre Norwegian yacht – disappeared in McMurdo Sound on February 22, 2011. Three crew members were onboard when the emergency beacon was activated. Neither the men nor the boat were ever found. A spokesman for the Rescue Coordination Centre New Zealand (RCCNZ) said the confusion was ‘‘not judged to have had a meaningful impact on the response’’, due to the severe weather at the time. The new evidence came to light after a major investigation by The Press into the sinking of the Berserk. Five men sailed from Auckland to Antarctica in early 2011, before two went ashore aiming to reach the South Pole on quadbikes. The remaining crew – Leonard Banks, Tom Gisle Bellika and Robert Skaanes – were to wait in a sheltered cove on the west of Ross Island. They had enough supplies to winter over if needed. However, a huge storm erupted, creating 10-metre waves and winds of 185kmh. At 5.53pm, the Berserk’s emergency position-indicating radio beacon (Epirb) was activated. It was out at sea, 33km north of Scott Base. The signal was received by RCCNZ in Wellington, but it was confused with another Norwegian vessel, off the Australian coast. The mistake prompted RCCNZ to change its practices to ensure no repeat of the error, a spokesman said. ‘‘The initial distress alert from Berserk was originally treated as being from another Norwegian registered beacon with a similar identification code (Hex ID), which was activated near Great Barrier Reef earlier in the afternoon. ‘‘This mistake was remedied 72 minutes after the initial . . . alert.’’ The delay was compounded by the satellite network not being able to provide RCCNZ with a confirmed location of the Berserk’s emergency beacon in the Ross Sea. The exact co-ordinates were eventually ascertained with the assistance of the Maritime Rescue Co-ordination Centre of Chile. ‘‘It was at this point . . . 72 minutes after the unresolved alert, that RCCNZ corrected the earlier mistake.’’ The distress call was relayed to the Royal New Zealand Navy frigate HMNZS Wellington, which, by chance, was in the Southern Ocean carrying out sea trials. The Wellington was 55km from the Berserk’s last known location, but the storm meant it took eight hours to reach the site, by which time the boat had sunk. Captain Simon Griffiths, then commanding officer of the Wellington, said icebergs and sea ice ‘‘were a threat to the ship if struck’’. ‘‘While the position of the beacon was only 30 nautical miles from [the] Wellington, the extreme wind and sea conditions at the time made it impossible for the ship to alter course and passage directly towards that position,’’ he said. ‘‘The ship searched around the last known position of the beacon for four hours, before searching an area downwind of the datum (location) for a further 10 to 12 hours.’’ ‘‘We did what we could in appalling conditions, and in a very remote and extreme environment, but ultimately my primary responsibility was to the safety of HMNZS Wellington and its crew.’’ The Steve Irwin and the Spirit of Enderby (aka Professor Khromov) also joined the search. Leonard Banks’s twin sister Charlene said she was glad the details of the delay had emerged. RCCNZ’s spokesman said a ‘‘number of changes to operational procedures and supporting systems have been made to ensure that confusion over similar Hex IDs does not recur’’.