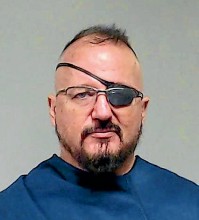 Prosecutors filed seditious conspiracy charges yesterday against the leader of the Far-Right Oath Keepers militia group and 10 suspected associates, marking the first such case in the January 6, 2021, US Capitol riot and one of just a few in the nation’s history. Seditious conspiracy occurs when two or more people in the US conspire to ‘‘overthrow, put down, or to destroy by force’’ the US government, or to levy war against it, or to oppose by force and try to prevent the execution of any law. If convicted, it’s 20 years behind bars. But charges under that Civil War-era law are rarely ever used, because they’re hard to prove and harder to win. The last seditious conspiracy case was filed in 2010 against members of a Michigan militia, but two years later they were acquitted by a judge who said their hateful diatribes didn’t prove they ever had detailed plans for a rebellion. Some legal scholars say prosecutors have sometimes been reluctant to file sedition charges because of their legal complexity and the difficulty historically in securing convictions. Overzealousness in applying them going back centuries has also discredited their use. In the January 6 case, it lends gravity to the accusations of violence and terror that day, and rebuts, in part, claims by some Republicans that the riot wasn’t as serious because no-one had yet been charged with sedition. Stewart Rhodes, the Oath Keepers founder and leader, is the highest-ranking member of an extremist group arrested so far. He did not enter the Capitol building that day, but is accused of helping to put the violence into motion. An attorney for Rhodes called the charges ‘‘unusual’’ and ‘‘unfortunate.’’ Authorities have said the Oath Keepers and their associates worked as if they were going to war, discussing weapons and training. Days before the attack, one defendant suggested in a text message getting a boat to ferry weapons across the Potomac River to their ‘‘waiting arms,’’ prosecutors say.