Where to find the highest-paying gigs of ’22

Information technology is where the most lucrative pay packets are likely to be found this year – outside mahogany row, that is. Melanie Carroll reports. 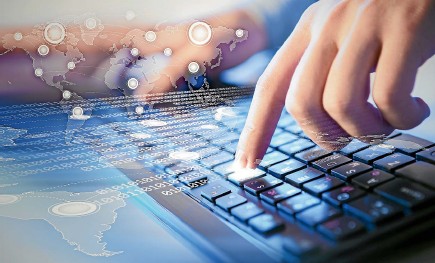 There’s no doubt chief executives of big companies are on the best pay deals, but for most mere mortals the most lucrative attainable roles this year are likely to be in IT. Fletcher Building’s chief executive, Ross Taylor, had a $7 million total pay packet last year, leading the remuneration for heads of New Zealand’s listed companies. That compared with the country’s average hourly earnings of $35.25, according to Stats NZ, or $73,320 a year. In 2022, the information technology sector is likely to continue to offer the highest-paid jobs, according to Trade Me Jobs sales director Matt Tolich. In the third quarter of 2021, all 10 of the highest-paying roles advertised on the site were in the IT sector. The average pay was $129,668, up 17 per cent on a year earlier. ‘‘The tech industry is really feeling the brunt of the talent shortage and salaries are skyrocketing as a result,’’ Tolich said. ‘‘On top of this, closed borders are putting pressure on the sector by preventing new talent from entering the country to meet the sector’s growing needs.’’ The highest-paying role outside the IT industry was in accounting, where the average salary was $126,482 for finance managers and controllers. Just behind that were risk and compliance roles in the banking, finance and insurance sector, which paid an average salary of $122,484, followed by project management roles in construction and roading, which paid an average salary of $117,887. ‘‘Looking ahead this year, we’re not seeing any sign salaries will slow down as companies continue to compete for talent,’’ Tolich said. Paying competitive salaries had proven to be an effective tool to attract and keep talent. ‘‘It’s likely we won’t see this change until our borders are open and companies can look beyond our shores to fill those specialised roles.’’ Seek.co.nz was not currently reporting on salary figures, with Covid-19 lockdowns and job losses skewing the data. But country manager Rob Clark said job advertising remained strong, and given low numbers of applications per job, it would remain a jobseeker’s market in 2022. Job adverts on Seek rose 1 per cent in December, which might not seem a lot but had built on a 5 per cent monthly rise in November, he said. There was curiosity from potential job candidates, but people were not applying for vacancies. ‘‘Job security is at the forefront of their minds in this sort of environment, so they’re a little less likely to move around than perhaps they used to in terms of new jobs,’’ Clark said. ‘‘The smaller talent pool as a result of the borders is also putting pressure on hirers as well.’’ Job advertising was at record levels in 2021, and the same dynamics were at play this year. In the first 10 days of 2022 there were 60 per cent more jobs posted to the site than during the equivalent period in 2021. In December, job ads were up a third on December 2019. At the same time, applications for each vacancy were down 39 per cent. ‘‘It’s hard to see the number of jobs changing, I think that will continue to be pretty strong and obviously New Zealand remains the talent pool that companies can work with, so I think a lot of trends that we saw at the back end of last year will continue,’’ Clark said. Employers had to work harder to put better pay offers and better conditions on the table. The greatest volume of job ads was in IT, but there had been growth in transport and logistics, trade and services, and healthcare and medical jobs advertised on the site. ‘‘It’s absolutely a jobseeker’s market at the moment and companies are just having to work harder to attract the talent, and there’s just a little less talent than typically we see.’’