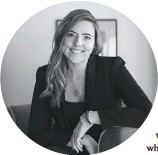 Ihave had a funny feeling in my tummy for the past few days (not gastric, I’m not at that level of overshare – although it’s borderline). No, this is a bubbling blend of optimism and worry. y brain doesn’t uite know what to do with it. It feels to me like the end of a pandemic that has caused immeasurable pain across the globe – from small inconveniences to terrible tragedies – might be around the corner. But that hope in my waters is all muddied and tangled with fear. Fear of Omicron. Deltacron. Omega? y brain is not ready to accept there may be another year, or years, in which the world hovers in the tense state that is pandemic mode. But then I read today’s cover story about the Greenham Common Women’s Peace Camp (which I’m ashamed to say I knew little about). And while I know it is an entirely different kettle of fish, something about the fact that this site of protest stood strong for 19 years felt like a direct mainline hit of perspective. The camp was established to protest against United States nuclear weapons being held at RAF Greenham Common in Berkshire, England, and began in September 1981. The nuclear weapons were withdrawn in 1989, but it remained a site of general protest against nuclear weapons for another 11 years (the camp was only disbanded in 2000). We speak to a New Zealand film-maker who has documented the story for the big screen in the hope that more women (and people in general) learn about “the mother of all protests” and are reminded of the power of collective feminine energy (I’m here for that – take me to the red tent, because it is a wonderful place to be).